Moscow Chief Architect Sergei Kuznetsov announced team MVRDV, AM Proektus & LapLab as the highest scoring finalist in the competition for a refurbishment of the legendary Serp & Molot (Hammer & Sickle) factory, located in the east of the centre of Moscow. The team designed an urban concept which respects the structure of the 58 hectare industrial zone and creates room for 1.8 million m2 mixed-use development. Development corporation Donstroy estimates an investment of 180 billion Roubles and envisions completion for 2021.

The 1884-built Serp & Molot steel factory in Moscow was a stronghold during the Russian revolution. Over the last decades it started to decline, overgrown by plants. How could the remarkable history of the steel factory be combined with the demands for the creation of a new, attractive, modern urban neighbourhood in the centre of the Russian capital?

The winning scheme builds upon the current identity of the site and takes the factory streets, buildings and objects as starting point for the new neighbourhood layout. Historical structures such as large chimneys are preserved, other structures are integrated into new buildings. Large factory halls are replaced by urban blocks that follow the footprint of the old factory with additional green courtyards. By partitioning the blocks further into segments and applying different densities the plan diversifies the area. Ground floor spaces are reserved for public facilities and retail. This leads to a vivid, green, complex and highly dense urban plan which strongly respects the character of the site.

An existing factory transport ring will be repaired and become part of a park that will form a three-dimensional spine for the new neighbourhood. This public urban space will house playgrounds, sports facilities, open air markets and pavilions. Schools and day care centres are connected to this ring park. On top of the transport ring a sky walk can be made in between the tops of the trees, from which the neighbourhood can be overseen.

Next to housing, offices and retail the new neighbourhood will also house schools and a hospital. The urban quarter can be developed in phases and will create space for 19.000 inhabitants and 16.000 jobs and is envisioned to be completed in 2021. Total investment is estimated 180 billion Rouble.

The Serp & Molot competition was organised in two rounds, last November the participants of the second round were chosen: LDA Design (UK), Ateliers lion Associés (France), Mega Project (Russia), De Architecten Cie (Netherlands) and MVRDV, AM Proektus & LapLab (Netherlands). The winner was selected by an international jury consisting of leading experts in the field of urban planning, infrastructure and landscaping from Russia, Denmark, the USA, France, Spain, Japan and Germany. 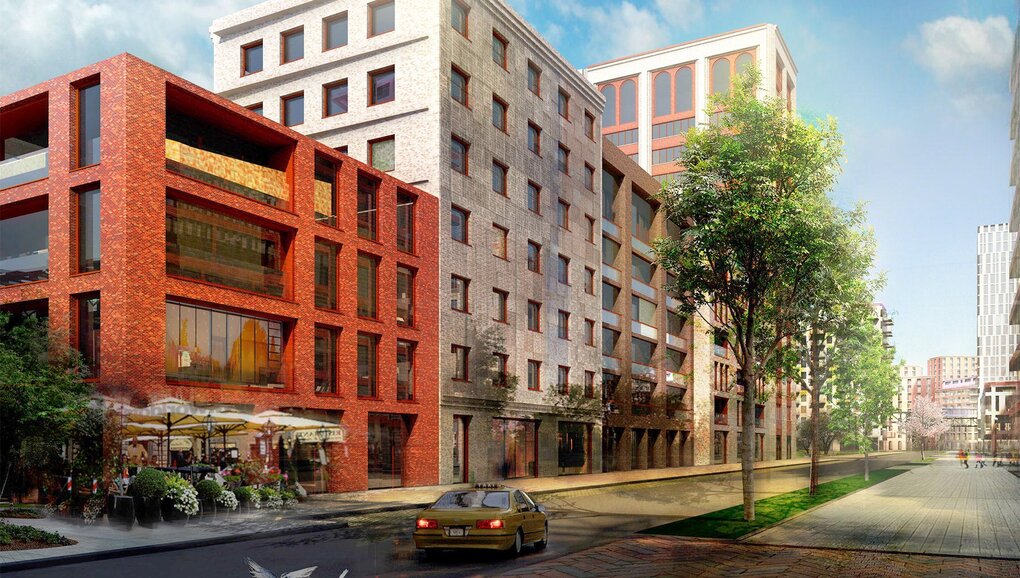